I wrote three posts about AFR.com back in 2007. All along I have thought that the Australian Financial Review's strategy with its website has been flawed. I’m reflecting now on why the topic was so compelling for me - I think it was personal irritation at something which was making my life more difficult combined with the fascination of seeing a company absolutely determined to do a stupid thing. At the time I worked in a business school library and we worked with business case studies. I remain convinced that one day somebody will write a case study about AFR.com - as an example of how not to monetize content.

Five years on, the AFR.com approach of taking customers for granted and thumbing its nose at intermediaries (content aggregators and librarians) is finally wearing thin.

On Thursday afternoon I was attending a information session for Factiva customers*. There was a very interesting presentation from Chris Pash, Director of Content, Asia-Pacific about new Australian content which would be available on Factiva. At the end of this presentation, I asked Chris if there had been any developments on the Australian Financial Review front.

Amazingly, there has been a development. Michael Gill, who has been the champion of the AFR.com strategy, is no longer with Fairfax. There is nothing definite yet, but it seems that Fairfax may be reconsidering its prohibition of licensing the AFR full-text in aggregators such as Factiva.

I’m excited about this news because blocking the aggregators was a key component of AFR.com’s business plan. Nobody at all would pay to use an over-priced and clunky website if that content were easily available in established products which businesses and institutions were used to paying for. If Fairfax is considering this change, they could be reviewing the entire business model.

Chris Pash gave a very insightful analysis of what could be prompting this change. To paraphrase what he said, most of Factiva’s customers are from North America, and for understandable reasons they aren’t all that familiar with the Australian newspaper market. They don’t know that the AFR is the paper of record in Australian business, and so they don’t miss it at all. If they need a business story about Australia, they’re just as happy to use something other than the AFR such as the Australian or the Sydney Morning Herald or the Age. The result is that the AFR’s standing as a business newspaper is being damaged.

Here’s my take on this: The AFR has been so effective at walling off its content that it is gradually making itself irrelevant in the global market.

I don’t want to over-emphasize this development. It may not develop into anything, or if it does, it may be disappointing - if the AFR is only available in Factiva at prohibitive rates or under unreasonable conditions.

I’ll be keeping an eye on this topic. I may have one or two more posts in me about AFR.com, how in its fervour to remove all intermediaries, it alienated the large Australian companies and firms who were initially its most loyal customers. Libraries have a role in this story too. Some have gone to amazing lengths to ensure that their users would not be disadvantaged by the library’s rejection of AFR.com.

my rant on the afr.com fiasco

the day finishes and starts at dawn

Something I like about activities like this blogging challenge, and also the way Libraries Interact works in general, is that there's a kind of anarchic order. There's no person in charge and no code of rules defining how #blogjune is meant to operate.

If somebody wants to complete the challenge by posting single word posts for a month, nobody is going to jump up and down and say that the single-worded blogger is not acting within the spirit of the rules, because there are no rules. People get to interpret and even modify the challenge for them as they see fit. It's good to be consistent about it, but there are no hard and fast rules there either.

There are two things I may be doing differently. I may as well write it here so nobody will surprised.

1. The day finishes and starts at dawn

I know, the day is meant to finish and start at 12:00 midnight, but that is a very arbitrary dividing line and it doesn't work very well for me. People of some faiths believe that sunset is the moment when the old day ends and the new day begins. That makes just as much sense as midnight. The only thing midnight offers is rigidity - 12:00 midnight never changes, while the time of sunrise or sunset does. But who cares about this rigidity when we have so much interaction with people from different time zones? I'm so used to thinking that my midnight is not other people's midnight that I may as well take this one step further.

I have nothing against midnight or dusk, but for me, these points don't represent any meaningful transition. At midnight I may be sleeping, but it's more likely that I won't be. It's just another moment in the night. I could be doing anything at dusk - working, commuting, shopping, doing other chores, admiring the sunset while walking in Mulligan's Flat.

For me, dawn is when the new day starts. One moment I'm sleeping, then I wake up, and it's around this time when the sun rises. As we approach the winter solstice in the southern hemisphere, dawn is later than we'd like it to be, but for me at least, it works and that's what I'm sticking to.

This means that for Day 3, I could publish a post at 1:00 am Saturday morning (EET - everybody else's time) but for me it will be 1:00 am on Friday night. Basically I refuse to allow midnight to be my deadline for each #blogjune post.

2. The blogging may not all be here

Although it's convenient - and really the only practical way - to list blogs which are participating, it's the bloggers who really sign up for the challenge. This means that one day, I may write a post in my badly neglected LiveJournal and that will count as a post. Who knows, I could (unlikely as it is) start a new blog halfway through June and do the rest of my blogging from there.

These are my interpretations of the blogging challenge. I'm not seeking to impose them on anyone else, but if other people adopt them for themselves, that's fine with me.

adapting to being indefinite and unbound 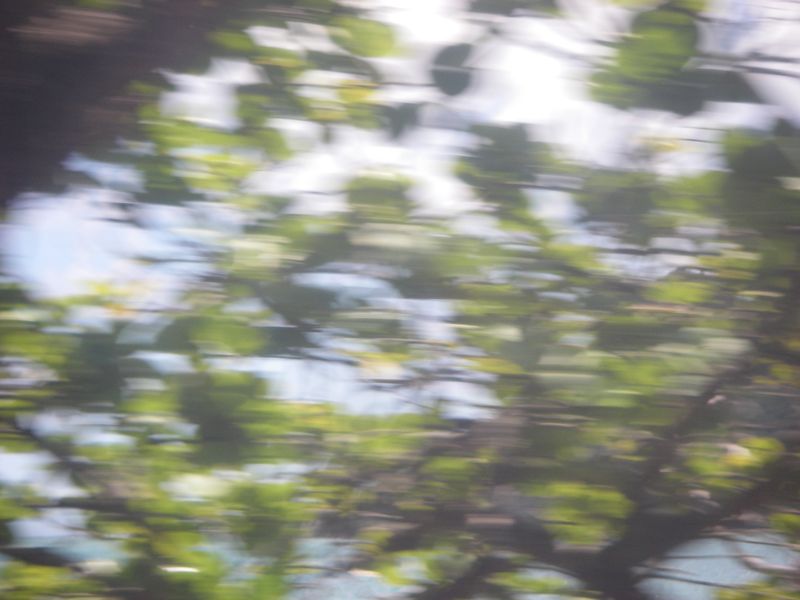 I'm starting #blogjune with a post I drafted in August 2010, but never quite finished or published. I am a notoriously slow and non-prolific blogger. Recovering these lost posts is not just an easy way of knocking off a post - because it's not, there was a reason why the posts weren't quite finished in the first place. The other reason is that the self-censor in this blog has grown too strong and I need to put him back in his place.

It’s interesting how blogging works. I can spend hours on a post, drafting and redrafting and editing it, and it will appear to have no impact whatsoever. Then a different post, such as the one I wrote last year called reflection on KM and libraries in law firms will have a much bigger impact, even though I may have only spent 30 minutes on it. I’ve been meaning to write a follow up to that post for well over a year. For some reason it’s been difficult to gather my thoughts. These are difficult issues and I know it’s likely I’ll trip up somewhere. But I don’t want this to deter me.

The post wasn’t intended to be a public rebuke to KM, I hardly imagined that anyone in KM would read it. My intention was to record my experience, so that librarians entering employment in a law firm would be forewarned. But what actually happened with V Mary Abraham noticing the post and generating a discussion amongst KM and librarian bloggers, so more insightful than what I had initially planned for the post.

What I learned from the discussion which followed is to think beyond the toxic situation I was working in, and engage with KM people (including following more of their blogs and attending a KM conference), so I can see where they are coming from.

It's the undefinedness of some KM roles which make some librarians uncomfortable, especially in environments which are becoming increasingly difficult for librarians - such as law firms and government departments. Now I’m experiencing the other side of this issue. My new position is extremely unbound from the library. I look at parts of my new job - particularly creating content in wikis and marketing - and I feel almost as close to KM as to libraries.

It’s a very interesting situation, two different professions overlapping in certain places - one old and the other new. I don’t agree with the notion that KM is the successor to librarianship. Librarians are in a very fluid situation right now. We are way past “change or die”. I can see librarians incorporating more ideas from outside the profession, including KM. This is adaptive not adversarial. I wonder if the boundaries between the two professions will blur until there’s something new, something we don’t even have a name for yet.

Of course there will continue to be differences. For example, I must confess, I really don’t get cataloguing. Despite a terrifying unit in Cataloguing at library school, I really don’t understand their arcane work. If that makes me a bad librarian, then that’s what I am. The differences between KM and my work seem minor in comparison, but despite all this, I value cataloguers as colleagues.

I’m definitely not saying that one profession is going to consume the other. I just wonder if the differences are becoming more blurry and indefinite.