I've recently been thinking about Standards. 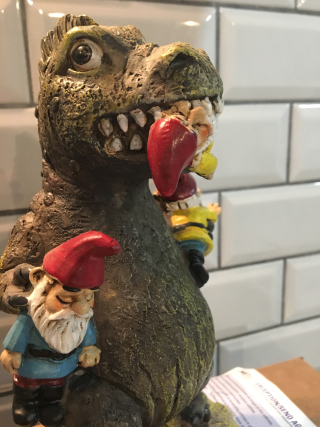 Standards, also known Standards Documents or Technical Standards. Those documents designated with strange codes such ISO, BS, AS, NZS, ASTM, EN, UL and so many other word combinations.
This post is going to be fairly introductory. There are some specific issues with standards which I'd like to discuss in more detail, but they can wait for future posts.

Standards are very important documents and they can also be extremely expensive.

Standards are voluntary documents that set out specifications, procedures and guidelines that aim to ensure products, services, and systems are safe, consistent, and reliable.
They cover a variety of subjects, including consumer products and services, the environment, construction, energy and water utilities, and more.
To ensure they keep pace with new technologies, standards are regularly reviewed by Standards Australia technical committees.
…
On their own, standards are voluntary. There is no requirement for the public to comply with standards. However, State and Commonwealth governments often refer to Australian Standards® (AS) or joint Australian/New Zealand Standards (AS/NZS) in their legislation.
When this happens, these standards can become mandatory. In addition, Australian Standards® are sometimes incorporated into legal documents, and considered as a ‘benchmark of acceptability’.

I recommend the rest of Standards Australia's 'What is a standard?' FAQ page as a good introduction to standards without too much jargon.

As a law librarian, I am particularly interested in those standards which have been invoked or referenced by legislation and are now legally binding. Most standards are not like this.

Brief digression: Although to say that otherwise standards are purely voluntary is not quite accurate either. Let's say that I want to start a business importing widgets and selling them for a profit in Australia. If there is an Australian standard for widgets, then I can't really say that this standard is voluntary - if I am in the business of selling widgets. Every distributor or retailer I try to do business with will probably insist that my widgets meet the standard, and will usually demand third party certification of this. I, in turn, will need to make sure that my overseas supplier meets, and continues to meet the relevant Australian standard.

When a regulation or statute references a standard, the actual legislation will name the specific clauses of the standard or standards which are mandatory. Just the numbers of clauses - not the contents of the clauses. So in this instance, if you want to find the actual laws which you must comply with, you need to do two things - find the relevant legislation and then find the relevant standards which are referenced in the legislation.

Governments all over the world have got very good at providing the public with access to the laws which they must obey. But standards are not made directly by government. They are made by independent organisations - most usually non-profit entities or for profit companies. They incur certain costs in creating standards* and keeping standards up to date, and so own copyright in their standards. This is why it costs money to purchase standards - sometimes a lot of money. From my observation, there are  fewer full standards which costs less than $100. I see a lot in the $200 - $400 range. Some standards cost over $1000 US.

The availability of standards referenced in legislation is the issue I'm interested in exploring. It's on the fault line of two big discussions-

I have a couple more things to write about standards, which I'm saving for later -