Tom Cruise and I have one thing in common

It’s not acting. I’m not one of these librarians who is moonlighting as a movie star. It’s certainly not Scientology - about which I will say nothing further, lest they sue me for defamation and/or copyright infringement.

No, it’s something more tragic.

We have both recently lost a tremendously important electronic device. He has lost his Blackberry which is supposedly full of personal emails [since my initial draft of this post, I’ve found one source which says that the Blackberry was only lost momentarily. Other than this acknowledgment here, I’m going to ignore this possible development]. Should this Blackberry end up in the wrong hands, it has the potential to make the unauthorized biography industry completely impervious to the current financial crisis.

Over a month ago, I lost my iPhone and I can understand a little of what Tom may be going through. For a moment I wondered if this was a bad dream, from which I would soon awake. Then I frantically looked for it, not wanting to think about the implications of it being lost or stolen. So I offer my commiserations to Tom for his loss, and my sympathy to the unfortunate person who was Tom's personal assistant on that day.

The iPhone is an amazing device. I realize this more in its absence. It allowed me to carry much of my online life with me in my pocket. It worked surprisingly well as a mobile phone. But I valued it more for its email and web browsing and RSS reading abilities. Towards the end I was feeling quite at home with its touch keyboard. I was drafting blog posts on it, including ones relating to a new blogging project.

I have learned that there was a very big down side to letting the iPhone embed itself into my life. It was convenient to carry emails with me in my iPhone, but when I lost it, that meant that someone else potentially had all my emails. Not that I have anything terrible to hide, but it still made me feel very naked. My situation was probably safer than Tom’s because of two things. I am not a celebrity and fundamentally nobody would care about examining my life in this level of detail. I also did have some security settings invoked which would make it more difficult to for somebody gain access to my data.

But while I had the iPhone, I found it annoying to have to enter a PIN every time I woke it up from sleep. I wanted to turn it off. When it comes to these devices, does convenience always come at the expense of security?

I have decided against getting a replacement iPhone. I foolishly hadn’t insured my first iPhone. I bought it on a plan and I still need to pay it off. I’m not going to be paying for two simultaneously. Also I have realized that I have a bad track record when it comes to losing things like this. I’ve lost regular mobile phones before as well. No more iPhones until I’ve kept my current mobile phone for at least two years without losing it.

At first I felt so embarrassed and pained by losing my iPhone so I could hardly mention it to anyone, let alone write about it here. That has dulled a bit with time. Not completely, because every time I see someone else’s iPhone, or an iPhone ad, I remember and I’m not happy.

Here’s what I learned from this whole debacle:

This may be the last iPhone-related post I write in some time. And I think I’ve used up my allotment for posts touching on celebrity gossip for many months. 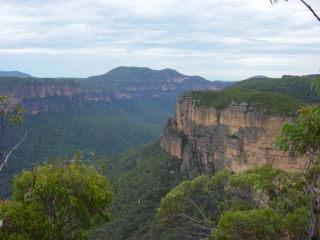 Yesterday I felt that I was on fire, teaching our new summer clerks about legal and business research. I’ve realized that if I’m not passionate about these subjects, I’m going to be bored by them - so I might as well be passionate. I made a couple of mistakes, and my preparation wasn’t ideal due to a combination of being unwell and the reference desk being extremely busy lately. But I won’t dwell on those negatives. There’s always going to be some flaw and always some room for improvement. Instead I’d like to remember those moments when I felt that the students were engaged and really learning something. And there seemed to be more of those moments than the previous time I did training, so that was really good. I felt more comfortable the more I deviated from the specifics of the lesson plan and did my own thing and used my own examples.

Contrast that with this evening. My late shift finished a while ago, and there’s nobody in the library except for me. My urgent research task involves digging through one of those large recycling bins on wheels. I’m thinking sarcastically, I’m so glad I became a librarian so I could be doing this in my free time!
I’m looking for back issues of the Age newspaper. We only keep the printed newspapers for a month and then they go into the recycling bin. 99% of the time we don’t need them, we rely on our database subscriptions. This evening it was my fortune to fall into that 1% where we needed the print because the solicitor needed to see the ads in those newspapers.
They needed these newspaper ads for a meeting with a client tomorrow morning, so it couldn’t wait until the morning - and if it did, it was likely that this recycling bin would have been emptied overnight.

Tonight I think I reached my limit of what I’m willing to do to answer a reference question. I may dig through a recycling bin of discarded library material, but there’s no way I’d go through the trash. And I’m going to suggest that we get newspaper back issues on microfiche.