living with myself as a law firm librarian

I will preface this post by acknowledging that this is a very imperfect discussion of a difficult topic. There's a risk that if I get the balance wrong, I will appear as either hopelessly naive or a cynical rationalizer. Still, some questions exist not to be definitively answered, but pondered. The worst thing is to leave these questions ignored in the too hard basket.

This post follows on from the end of my last one, "It is important for me to go to work knowing that I am doing good of some sort in the world. At the very least, I don’t want to be causing harm. How are these concerns resolved in the law firm environment?"

I imagine that these questions are a lot easier for people who work in public libraries or school or academic libraries.

Working in a big law firm library is exciting because whenever I read the news, I recognize particular companies and issues which the firm is involved in, and which I have been doing work on. 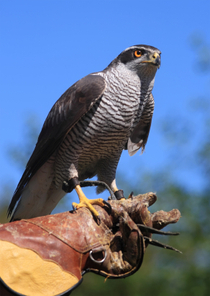 I hope that the clients of my firm are good companies and individuals, and that my firm (and by extension, me) are helping them do good in the world. But I can never know this for sure. It's possible that the opposite is happening, that sometimes my firm is helping our clients do things which are against my own personal values. That's why I'm ok with not knowing everything which is going on. On an intellectual level, I think it's logical to hope that the good and bad will even out in the wash and that's enough.

That's one justification, but it's pretty weak, so I looked for a more positive answer.

Any analysis of the ethics of being a law firm librarian must begin with lawyers. After all, they're the people we work for. If they're amoral, then so are we, because we're helping them. Although the legal system we have is very flawed, it's the only one we have right now. Yes, it's overly expensive and complicated but so are a lot of things in the twenty-first century.

In this legal system, lawyers play a very important role. On an individual level, having a lawyer doesn't mean that you're definitely going to get justice, but I think that most of a time it will cause a better outcome for you. On the macro level, if people generally have access to lawyers, it's more likely that they can use their full legal rights while not over-stepping the mark and infringing on other's rights, and if they're ever in a dispute, it's more likely that both sides of the story will be heard, which will lead to fairer outcomes.

If one of the problems with legal services is that they're too expensive, law librarians have a positive effect because we can generally do legal research more quickly and more effectively than lawyers, for a lower cost. We also have a training role and help lawyers and paralegals do better research, which ultimately saves time, reduces costs and leads to better outcomes for our clients. I think that law librarians serve as the eyes of the law firm, in both reactive and proactive ways, in the work that we do with current awareness and tracking information.

This leads back to my initial dilemma – what happens if I am indirectly helping a client do things which conflict with my personal values? Well I'll still do my best for that client. This is when I need to trust in the system and hope that the lawyers (and law librarians, if any are involved) on the other side do their best job, and that the judge or jury get it right, and that eventually a fairer outcome is reached. As a law firm librarian, I don't just work for lawyers (directly) and clients (indirectly), both of these things are a part of working for the legal system.

I cannot know on a day to day level if my work is causing good or harm in the world. All I know is that without lawyers and law librarians, our complicated legal system would grind to a halt, and that would be a bad thing. Although the legal system sometimes doesn't cause justice as much as we would like it to, we still need it, and working for this is a good thing in the world.