why I choose blogging

This post is the somewhat delayed sequel to my writing games post, but it's also about five years of blogging.

Before in my writing games post, I stated that different forms of writing - blogging, journalism, academic writing - each have their place in the world, serving different functions and attracting different types of people. Now I want to say why for me, I choose blogging.

When I write, I want my words to be findable. Not just for me, not just for my professional peers, but for anyone who for whatever random or serendipitous reason might be interested.

There was a very interesting exchange the other week between Lorcan Dempsey and Walt Crawford over Walt's description of blogs as "grey literature" in Cites & Insights 7:9. I don't want to misquote Walt, while he also described blogs as grey literature, he also said that grey literature represented the most compelling and worthwhile literature in the library field today. For the person who doesn't have the information retrieval resources or skills of a librarian, it is the professional library literature which is closer to what is usually known as grey literature - that which is difficult to impossible to find in full-text, and when it is available, prohibitively expensive.

It is a valid point that because blogs are not indexed and systematically archived, they may be very difficult to find in the future, even more difficult to find than a peer reviewed article published in an obscure library journal. I think it's likely that as the blog medium develops and matures, more blogs will be indexed and archived in some form, if only on a selective basis (thus requiring the involvement of some sort of gatekeeper). This has already happened with projects like the Internet Archive and projects like PANDORA in Australia. My other response to this, is to trust that if a blog post had any impact, it may have been noticed by someone else - and that even if the blog disappears, some of the traces which the blog left on the blogosphere during its time may remain. That answer might not be be satisfying to a researcher, but as a writer, it suffices for me. It's not quite the same as producing a physical item, such as a book or a printed journal article, and knowing that the physical item will be around long after I'm gone. But there's more to posterity than physical objects - what is the point of being published if it means that you are less likely to be read in the present and short-term future than if your words were available online right now? Which reminds me that I don't care much for posterity - I care more about what I'm writing now than what has happened to what I wrote five years ago.

I'd rather my words be scattered in the gigantic haystack where most people are playing than held in a closed stack where only the elite are allowed in.

There are other reasons why I choose blogging - I'm not going into them all here, but the medium of academic writing increasingly seems broken in the twenty-first century. Rising serial costs are making these sources even more inaccessible and obscure. There's also the problem of the unacceptable delays between submission and publication (even up to five years!). It's a game which has zero appeal to me, which is ok, because I probably wouldn't play it very well anyway. And so I finish where I began, each to her or his own. 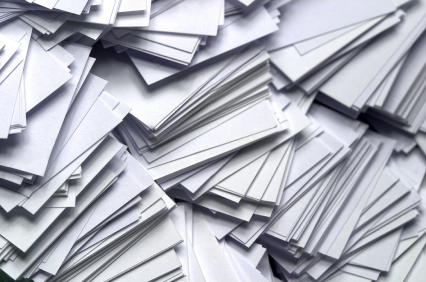 see also:
Stephanie Willen Brown, Blog- or Print Publishing?, CogSci Librarian
Mark Lindner, Keeping up, why is it always forward-thinking?, Off the Mark
Dani Rodrik, Why publish in a journal if you can disseminate online?, Dani Rodrik's weblog

Currently playing in iTunes: We're Good People But Why Don't We Show It? by Holly Throsby

recommendations from the investigation of the UCLA library taser incident

As mentioned in Library Stuff and elsewhere on the web, the investigation of last year's taser incident at UCLA has been completed. The entire report is viewable at the UCLA Newsroom, the report is 117 pages and 6 MB in size.

I haven't had time to read the report in detail, but I did find the recommendations. Here they are:

RECOMMENDATION 1: UCLAPD should distinguish use of the Taser in drive stun mode from cartridge, or “probe,” mode. The device should primarily be used in cartridge mode, with the drive stun mode restricted to being a backup or when there is no alternative to using the device at close range.

RECOMMENDATION 2: UCLA should prohibit the use of Tasers against passive or mildly resistant persons , thereby restricting its use to violent, actively aggressive or imminently violent subjects, currently engaged in physical or active resistance, where the suspect has been given a warning and a reasonable opportunity to comply, and where milder uses of force could be reasonably judged as likely ineffective.

RECOMMENDATION 4: UCLAPD should develop and implement a “force options” or “force continuum” system that provides an explicit range of appropriate responses for each level of subject resistance or threat.

RECOMMENDATION 5: The UCLA Taser policy should discourage repeated use of the Taser. Following each five-second application of the Taser, officers should reevaluate the totality of the circumstances. Each additional Taser firing cycle should be subject to the same criteria for use as the first. The number of Taser applications should be restricted to the minimum number necessary to place the subject in custody.

RECOMMENDATION 6: The UCLA Taser policy should prohibit the brandishing of the Taser by officers unless there is an objective reason to believe that the use of the Taser is imminent.

RECOMMENDATION 7: The criteria for use of a Taser should include a requirement that the officer give the subject a verbal warning of the intended use of the Taser followed, it is safe to do so, by a reasonable opportunity to voluntarily comply.

RECOMMENDATION 8: UCLAPD should prohibit the use of the Taser against persons who are handcuffed or otherwise restrained absent a continuing threat and present capacity by the suspect to carry out violent or actively aggressive actions.

RECOMMENDATION 9: UCLAPD should prohibit the use of the Taser against vulnerable persons absent a continuing credible threat and present capacity by the suspect to carry out violent or actively aggressive actions. [printed pages 68-77]

I am particularly glad about recommendation 2, that tasers be prohibited against people providing only passive resistance. I wish that they had made more of recommendation 6, that brandishing a taser by offcers be curtailed. As the report says when discussing recommendation 6, "The display of a Taser is, in itself, a use of force." I was surprised that the allegations of officers threatening to tase other students who were concerned at the treatment of Tabatabainejad were not addressed in the report, so far as I have seen in my skim.

I also looked for discussion about the role of the library access policies requiring students to have student cards on their person when in the library during extended hours. The closest I could find was on printed pages 43 and 44:

The instant case was not the first interaction between a student and Community Service Officers that inspired complaint and discussion. In 2005, for example, a fourth-year UCLA student sent library personnel an email that complained about “extremely rude and mean spirited (sic)” treatment by a “security guard.” The security employee, who library staff assumed to have been a CSO, “asked to see” the student’s ID, but the student “politely told him that I had forgotten it at my apartment.” According to the student, the CSO “sternly looked at me as if I was a criminal using…intimidation tactics [and] telling me to leave.” The student offered to log into the UCLA computer system to establish status as a student, but the CSO “refused to reason with me,” “got right in my face trying to intimidate me,” and “escorted me out as if I was a common criminal there to vandalize or steal something.” The student, expressing “hope [that] this incident will result in change that will improve UCLA,” complained that the CSO was “disrespectful, callous and seemed to enjoy humiliating students.” According to internal email correspondence among library staff, the student ’s email complaint “sparked some discussion about the access procedures,” though we cannot determine whether the student ’s concerns were directly addressed via policy changes at that time. [footnotes omitted]