I knew that bushfire danger was one of the downsides of living in the Blue Mountains, but I didn't expect to be worrying about it in my very first summer here. There have been fires burning in unpopulated areas of the mountains for about a week now. Now it's hot and dry and windy and the fires are moving closer to towns. Most recently, I heard that there are two new spotfires not far from Linden, which is the neighbouring town to Faulconbridge, where I live.

I'll be taking the day off tomorrow, so that I'll be close by - just in case. My main worry is that even if the main fire doesn't get really close, there's still a chance of an ember attack.

Hopefully it will be fairly quiet and the winds will change (for the better) and things will be fine.

4:30 pm update: It looks as if the particular spotfire I was most worried about has been waterbombed and contained. That's a relief for the time being, but until the winds change, there's a chance other spotfires will develop.

music in sweatshops, music for sweating 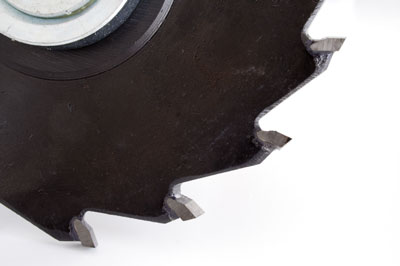 "[A] select group of corporations has been attempting to free itself from the corporeal world of commodities, manufacturing and products to exist on another plane. Anyone can manufacture a product, they reason ... Such menial tasks, therefore, can and should be farmed out to contractors and subcontractors whose only concern is filling the order on time ... Headquarters, meanwhile, is free to focus on the real business at hand - creating a corporate mythology powerful enough to infuse meaning into these raw products just by signing its name. [Klein, N. (2000). No Logo: No Space, No Choice, No Jobs. London: Flamingo, p. 22]

This is one of the central themes of the book. It looks at how companies like Nike, to name one obvious example, positioned itself not just as a maker of shoes but as a sports company with a mission to "enhance people's lives through sports and fitness."

The book later explored how the inevitable consequence of this ideology was the development of sweatshop factories in developing countries. Naomi Klein describes the brand-name multinationals as:

[V]ery picky customers, with specific instructions about made-to-order designs, materials, delivery dates and, most important, the need for rock-bottom prices. But what they are not interested in is the burdensome logistics of how those prices got so low; building factories, buying machinery and budgeting for labor have all been lobbed squarely into somebody else's court. (p. 202, author's italics)

The book then reviews some of the sweatshop scandals which erupted in the late 1990s.  The strength of corporate brands was also its achilles heel which could be exploited by juxtaposing the brand's image with the conditions in which the product is made. How could a company supposedly dedicated to enhancing people's lives through sports and fitness charge $120 for a pair of shoes which cost them $5 in conditions such as these

Workers fined if they refuse to work overtime; overtime rate not paid; ... humiliation, screaming, some corporal punishment; arbitrary fining of pregnant women and older (25 years old and up) women; fines if talking at work; approximately 10 children in the sewing section; most workers have never heard of Nike's Code of Conduct. (p. 474)

Eventually most companies caught up in these scandals apologized, and enacted voluntary codes of conduct to stamp out these abuses. All along they have wanted to change the topic, to stop us from talking about how their products are made.

I think that to a certain extent, they succeeded. Sweatshops and abusive labour practices by these companies seems old news now. I wonder, is that because the problem has really been fixed, as I'm sure that the PR departments of these corporations would all claim, or did they eventually succeed in changing the topic of conversation back to why they're such cool companies and why we would want to buy their things.

Tonight's not the night for me to look into whether things really have improved or not, but I am definitely curious to explore more recent works on this topic. Now, to return to my coincidence.

I finished reading No Logo tonight on the train. Shortly after arriving home, I noticed the Nike swoosh logo in the iTunes Music Store~. Nike is making music for sports and exercise now.

Think of this 45-minute continuous electronic music mix as a soundtrack for sport. It follows the arc of a typical distance run, carrying you through an easy warm-up, increasing in pitch as you start to own the road, peaking with a high-energy pay off and then coming back down to earth for a well-deserved cool-down.

The interesting thing is that Nike is using a similar production model for its music as it does with its shoes. Commission somebody else to create the music and use the brand to sell it. In this instance, the artist is known - James Murphy / LCD Soundsystem. If this idea takes off, I'm sure that gradually the identity of the artist will become less important when compared with the brand.

Corporate-created music reminded me of something from my own experience of working in a multinational. During my time at the Vodafone call centre, the company introduced Radio Vodafone (if I recall the name correctly after these two years). It was a selection of upbeat songs intermixed with the occasional Vodafone ad and corporate propaganda. It played at an unusual volume. Not so loud that it would distract from phone conversations or that you would really start listening to it, but not so soft that you couldn't hear it at all. It was always there in the background. Later on I learned that it was designed to increase our productivity and morale.